From VOA Learning English, this is the Health & Lifestyle report.
About 1.4 billion people around the world do not get enough physical exercise. That represents about one-fourth of the world's adult population.
Those numbers come from the United Nations' World Health Organization (WHO). A new WHO report warns that a lack of exercise greatly increases the risk of cardiovascular disease and other health problems. These problems include type 2 diabetes, dementia and even some cancers.
The WHO says the new study is the first to estimate physical activity trends around the world over time. A report on the study was published earlier this month in The Lancet.
Researchers looked at 358 population-based studies between 2001 and 2016. Those studies involved nearly 2 million people in 168 countries.
The researchers wrote that the "availability of data across income groups and regions was spread fairly evenly." They said the exception is in Latin American and Caribbean countries. Nearly half of the countries had no data on activity levels.
In a statement, the WHO said that many people are not moving around enough and this is a cause for concern.
Activity levels depend on many things.
For example, take sex. E﻿xcept for East and Southeast Asia, women are less active than men in all other areas of the world.
Regina Guthold was the lead author of the report. She says the study also found a wide range of physical activity levels for countries around the world. She notes that some nations appeared to be more active than others.
"Ranging from as low as six percent in Uganda and Mozambique to 67 percent in Kuwait. Four countries had a prevalence of inactivity of over 50 percent. That's Kuwait, America Samoa, Saudi Arabia and Iraq. And this all refers to the year 2016."
Another factor is a person's wealth. The report notes that people in wealthier countries generally are more inactive than those in other countries.
The report said the levels of physical inactivity are more than two times as high in wealthy countries as they are in countries where people earn low wages. In wealthier countries, people are more likely to spend time sitting in offices. They are also more likely to use computers and electronic devices for recreational activities and to travel long distances.
The report notes that people in poorer countries often do more physical labor. They are also less likely to use motorized vehicles. This leads to being more physically active. 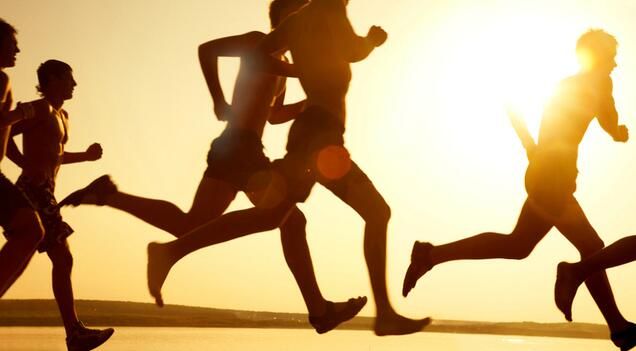 How much activity should we get?
To stay healthy, the report suggests that people do at least 150 minutes of moderate physical activity or 75 minutes of intense physical activity every week.
It also urges governments to provide and care for infrastructure, such as better and safer roads. This would help support increased walking and cycling for transportation, as well as sports and physical recreation.
There are also many things people can do for themselves.
If you work in a high-rise office building, take the stairs instead of an elevator or escalator. Go for a walk during your lunch break. Take more breaks during the work day and move around. If your workplace offers a gym — a place to work out — or exercise classes, make sure to use them.
At home, take walks with your family or friends after dinner. Take classes such as kickboxing or yoga. Do your own yard and house work. Join an activity that you can do with a group, such as biking or boating.
Go dancing with friends. Exercise or stretch as you watch television at night.
And that's the Health & Lifestyle report.
I'm Anna Matteo.