I'm Shirley Griffith. And I'm Sarah Long with the VOA Special English Program, People in America. Today, we tell about one of the leaders of the birth control movement, Margaret Sanger. Many women today have the freedom to decide when they will have children, if they want them. Until about fifty years ago, women spent most of their adult lives having children, year after year. This changed because of efforts by activists like Margaret Sanger. She believed that a safe and sure method of preventing pregnancy was a necessary condition for women's freedom. She also believed birth control was necessary for human progress. Margaret Sanger was considered a rebel in the early nineteen hundreds. The woman who changed other women's lives was born in eighteen eighty-three in the eastern state of New York. Her parents were Michael and Anne Higgins.

Margaret wrote several books about her life. She wrote that her father taught her to question everything. She said he taught her to be an independent thinker. Margaret said that watching her mother suffer from having too many children made her feel strongly about birth control. Her mother died at forty-eight years of age after eighteen pregnancies. She was always tired and sick. Margaret had to care for her mother and her ten surviving brothers and sisters. This experience led her to become a nurse.

Margaret Higgins worked in the poor areas of New York City. Most people there had recently arrived in the United States from Europe. Margaret saw the suffering of hundreds of women who tried to end their pregnancies in illegal and harmful ways. She realized that this was not just a health problem. These women suffered because of their low position in society. Margaret saw that not having control over one's body led to problems that were passed on from mother to daughter and through the family for years. She said she became tired of cures that did not solve the real problem. Instead, she wanted to change the whole life of a mother. In nineteen-oh-two, Margaret married William Sanger. They had three children. Margaret compared her own middle-class life to that of the poor people she worked among. This increased her desire to deal with economic and social issues. At this time, Margaret Sanger became involved in the liberal political culture of an area of New York City known as Greenwich Village. Sanger became a labor union organizer. She learned methods of protest and propaganda, which she used in her birth control activism. 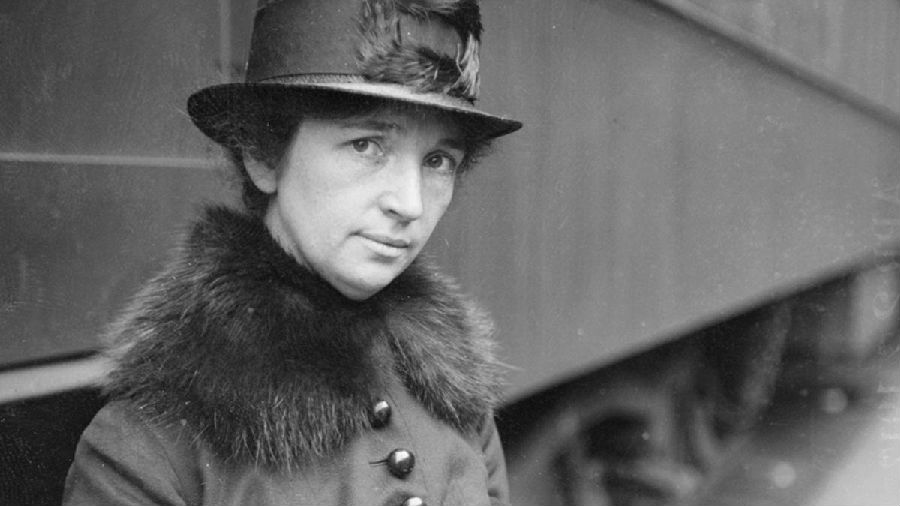 Sanger traveled to Paris, France, in nineteen thirteen, to research European methods of birth control. She also met with members of Socialist political groups who influenced her birth control policies. She returned to the United States prepared to change women's lives. At first, Margaret Sanger sought the support of leaders of the women's movement, members of the Socialist party, and the medical profession. But she wrote that they told her to wait until women were permitted to vote. She decided to continue working alone. One of Margaret Sanger's first important political acts was to publish a monthly newspaper called The Woman Rebel. She designed it. She wrote for it. And she paid for it. The newspaper called for women to reject the traditional woman's position. The first copy was published in March, nineteen fourteen. The Woman Rebel was an angry paper that discussed disputed and sometimes illegal subjects. These included labor problems, marriage, the sex business, and revolution. Sanger had an immediate goal. She wanted to change laws that prevented birth control education and sending birth control devices through the mail.

The Woman Rebel became well known in New York and elsewhere. Laws at that time banned the mailing of materials considered morally bad. This included any form of birth control information. The law was known as the Comstock Act. Officials ordered Sanger to stop sending out her newspaper. Sanger instead wrote another birth control document called Family Limitation. The document included detailed descriptions of birth control methods. In August, nineteen fourteen, Margaret Sanger was charged with violating the Comstock Act. Margaret faced a prison sentence of as many as forty-five years if found guilty. She fled to Europe to escape the trial. She asked friends to release thousands of copies of Family Limitation. The document quickly spread among women across the United States. It started a public debate about birth control. The charges against Sanger also increased public interest in her and in women's issues. Once again, Margaret Sanger used her time in Europe to research birth control methods. After about a year, she decided to return to the United States to face trial. She wanted to use the trial to speak out about the need for reproductive freedom for women.

While Sanger was preparing for her trial, her five-year-old daughter, Peggy, died of pneumonia. The death made Sanger feel very weak and guilty. However, the death greatly increased public support for Sanger and the issue of birth control. The many reports in the media caused the United States government to dismiss charges against her. Margaret Sanger continued to oppose the Comstock Act by opening the first birth control center in the United States. It opened in Brownsville, New York in nineteen sixteen. Sanger's sister, Ethel Byrne, and a language expert helped her. One hundred women came to the birth control center on the first day. After about a week, police arrested the three women, but later released them. Sanger immediately re-opened the health center, and was arrested again. The women were tried the next year. Sanger was sentenced to thirty days in jail.

With some support from women's groups, Sanger started a new magazine, the Birth Control Review. In nineteen twenty-one, she organized the first American birth control conference. The conference led to the creation of the American Birth Control League. It was established to provide education, legal reform and research for better birth control. The group opened a birth control center in the United States in nineteen twenty-three. Many centers that opened later across the country copied this one. Sanger was president of the American Birth Control League until nineteen twenty-eight. In the nineteen thirties she helped win a judicial decision that permitted American doctors to give out information about birth control. Historians say Margaret Sanger changed her methods of political action during and after the nineteen twenties. She stopped using direct opposition and illegal acts. She even sought support from her former opponents. Later, Sanger joined supporters of eugenics. This is the study of human improvement by genetic control. Extremists among that group believe that disabled, weak or "undesirable" human beings should not be born. Historians say Sanger supported eugenicists only as a way to gain her birth control goals. She later said she was wrong in supporting eugenics. But she still is criticized for these statements.

Even though Margaret Sanger changed her methods, she continued her efforts for birth control. In nineteen forty-two, she helped form the Planned Parenthood Federation of America. It became a major national health organization after World War Two. Margaret Sanger moved into areas of international activism. Her efforts led to the creation of the International Planned Parenthood Federation. It was formed in nineteen fifty-two after an international conference in Bombay, India. Sanger was one of its first presidents. The organization was aimed at increasing the acceptance of family planning around the world. Almost every country in the world is now a member of the international group. Margaret Sanger lived to see the end of the Comstock Act and the invention of birth control medicine. She died in nineteen sixty-six in Tucson, Arizona. She was an important part of what has been called one of the most life-changing political movements of the Twentieth Century.