下载MP3到电脑  [F8键暂停/播放]   批量下载MP3到手机
加载中..
Michigan's entrepreneurs are seeing dollar signs with the state's vote in November to legalize recreational marijuana.
But many out-of-state interests are already moving in.
"Don't bet on race horses. Invest in the race track."
Michigan is not the first state where investors have spent big on marijuana.
Take California for example.
This spring, manager Ryan Jennemann showed me around the offices of THC Design in Los Angeles, California.
"So this is the distribution room. This is where we keep all of our product, bulk product, package product is in all those boxes."
"Here's packaged flower. You see 'Space Oddity.' We named it after David Bowie when he passed away" Jennemann says as we pass through a company's warehouse.
Jennemann has been part of California's marijuana industry for more than a decade, long before recreational use became legal in California in January.
He says new out-of-state players are spending big for a piece of California's multi-billion dollar cannabis industry.
"Not to exaggerate, in the last few months, we've had two different Canadian companies...they're coming here like kids in a candy store. They literally have hundreds of millions of dollars," Jennemann says as we sit in the company's boardroom. "It's like Brewster's Millions, where they have a limited matter of time to spend that money before they do their next raise. They're just throwing money at a wall."
Michigan could be the next big market for some of that cash, and not all of it will be spent on greenhouses and retail shops.
Patrick Rea is the CEO and co-founder of Canopy Boulder. He says the investment fundout of Boulder, Colorado focuses on companies that support the marijuana industry.
Rea says they invest in the part of the industry that's less dependent on plants and consumers to make a profit.
Rea likes to say, "Don't bet on race horses. Invest in the race track." 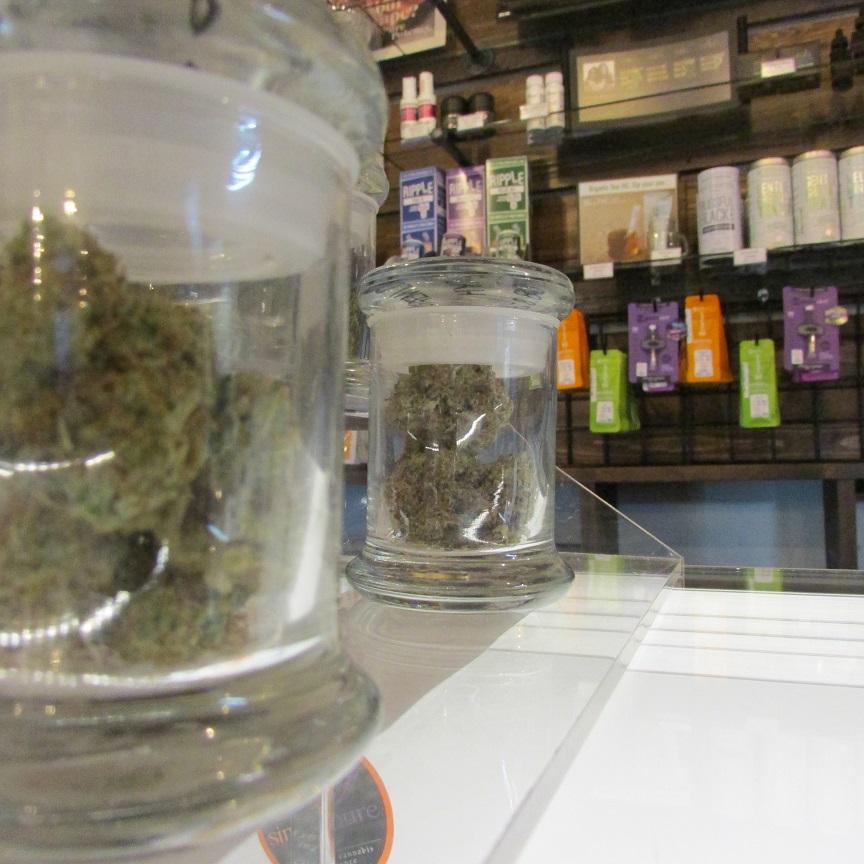 One the companies that Canopy is investing in has plans for Michigan.
Roy Bingham is the CEO and co-founder of BDS Analytics. The company follows trends in the legal cannabis industry, specifically tracking which brands and products are selling well and which are not. BDS provides that crucial information to their clients.
"Michigan, you know, is a large state in terms of population. It's probably the fourth largest state of sales already in the United States, and that's very important," saysBingham. "If adult use passes, it will end up being the perhaps the third largest statein the nation."
Bingham guesses half the jobs in Michigan's cannabis industry will be ancillary ones like his, jobs that pay very well.
A lot of the people filling those jobs in Michigan might not be Michiganders.
For example, Logan Goolsby. He works as a compliance officer with Euflora, a marijuana business in Colorado. But Goolsby sees his future in Michigan.
"I'd love to take my experience in Colorado, eight years of experience, and move that up to Michigan and help that state and those clients up there," says Goolsby.
All of this outside money and talent moving into Michigan is not going unnoticed.
Joe Neller is with Green Peak Innovations. The company is creating an industrial complex near Lansing that will grow upwards of 15,000 marijuana plants to serve the medical marijuana industry.

Neller says out of state companies are moving into both the medicinal and potential recreational industries in Michigan.

"We knew going into this it would be a highly competitive industry and market. We also recognize that cannabis is a global industry," says Neller. "You have operators in Canada, Germany, Israel, Australia...a number of countries that are looking not only in Michigan but everywhere in the United States."

When Michiganders vote on legalizing recreational marijuana use in November, they couldbe opening the door to thousands of jobs and big money investment. But how much of that will directly involve Michiganders is unclear. 来源:可可英语 http://www.pfitzco.com/Article/201809/565167.shtml
查看《密歇根新闻广播》更多内容>>
保存到QQ日志   登录QQ空间
?